Word has come down the pipe today that Stefania Picelli of Yokkao has had a successful meeting of Mr. Peter Wetzer of All Combat Sports (http://www.allcombatsports.eu/) which has brought Yokkao products into one of the hearts of the Kickboxing and Muay Thai world that is the BeNeLux region of Europe (Belgium, Netherlands and Luxembourg). This partnership goes well beyond the scope of just having an exclusive, authorized Yokkao dealer within the BeNeLux region, though. There is also talk of more coming from the partnership in the future, with some immediate implications.

What are those immediate implications? Yokkao and All Combat Sports will be looking into building up a team of sponsored fighters from the region. Holland is known to be one of the hotbeds for some of the best gyms and fighters in the world and could possibly be the home of a new Yokkao Fight Team, if things pan out as we’ve heard. That is exciting news for fighters in the region, who are encouraged to head to http://www.allcombatsports.eu and use the contact form (on the right side of the page) to pass along their information. We know for sure that Stefania and Peter are going to be looking for the best new talents to proudly wear the Yokkao name into battle.

Since it is such a dense region of Europe chock full of talent there are some immediate questions we have, such as; which fighters will Yokkao choose to sponsor first? There are legends like Peter Aerts, Remy Bonjasky, Andy Souwer or even the Bad Boy, Badr Hari based out of Holland, just like there are newer stars like Andy Ristie, Davit Kiria, Henri Van Opstal and more. There is also the question of whether or not we’ll see a Yokkao Extreme event in the near future in the area? With a new region opening up like this for Yokkao there seem to be limitless possibilities for them.

For further information check out the new http://www.allcombatsports.eu as well as http://www.yokkao.com, don’t forget to follow @YokkaoBoxing or check them out on Facebook, as well as follow Stefania as she treks around the world. 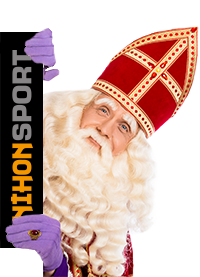